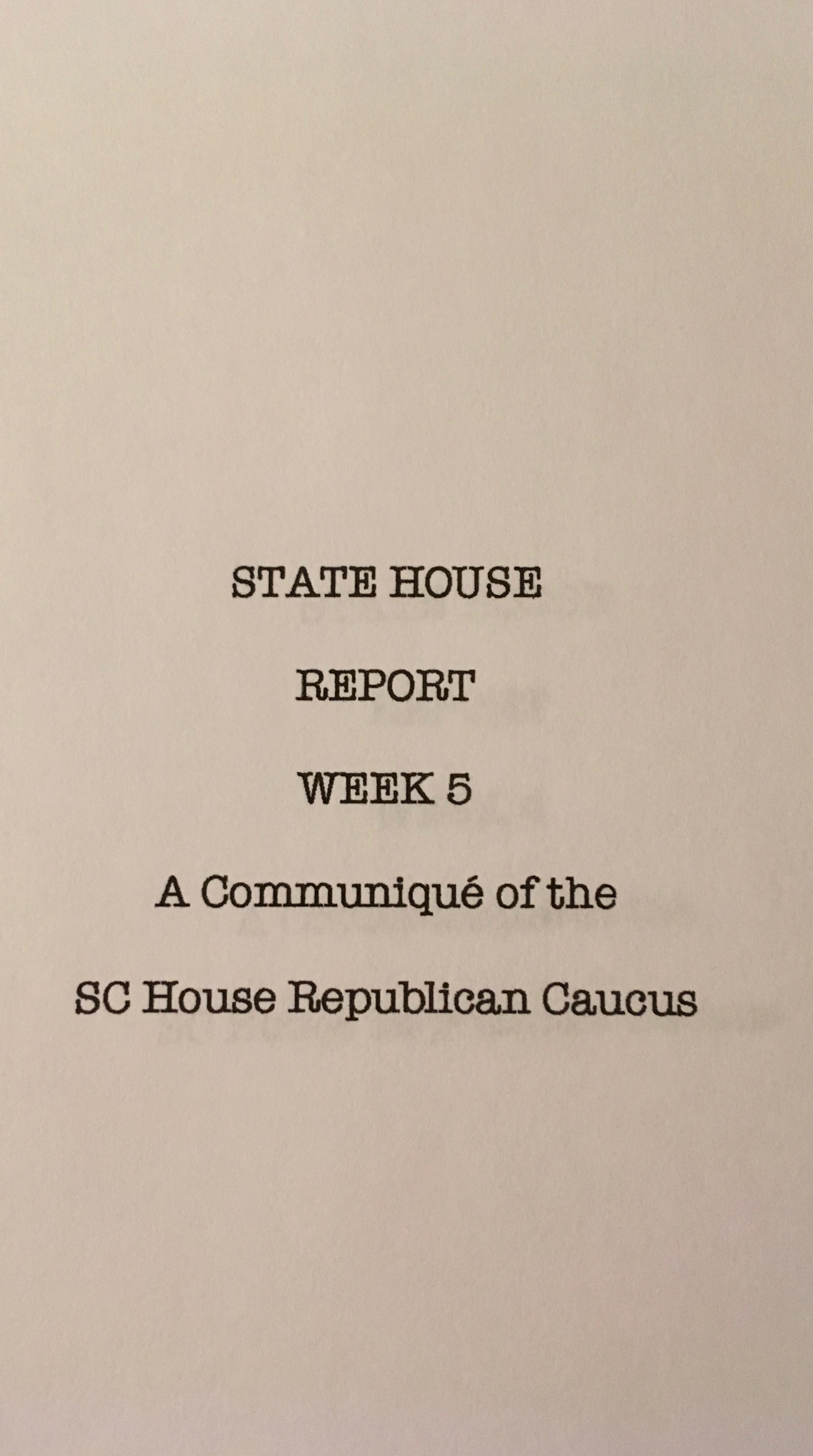 The bipartisan House Utility Ratepayer Protection Committee met again this week to further discuss the future of electric cooperative ratepayers who rely on Santee Cooper for their electricity. The Committee’s main concern, and my main concern, continues to be the protection of all ratepayers. The fact-finding meeting lasted several hours as representatives from the electric cooperative industry discussed their current status and future trajectory.

On Wednesday, the Senate and House met together to vote on 23 judicial positions. The South Carolina Constitution requires judges to be elected by members of the General Assembly in a Joint Assembly. Prior to being judicial candidates, individuals seeking judicial office are screened by a committee to ensure they are upstanding citizens and possess the competency and qualifications necessary to serve on the bench.

Finally, the House Labor Commerce and Industry Committee finalized plans to vote next week on a bill to combat telephone scammers and spoofers. You may have even received one of these telephone calls yourself. For those not familiar, using local phone numbers to disguise the true geographic location of the caller is a technique called spoofing. These scammers target the elderly and in some cases even use social media to mine information then used to confuse unsuspecting victims. The new bill set to be voted on next week would set regulatory penalties and allow state enforcement authorities to investigate and fine people who break the anti-spoofing law.