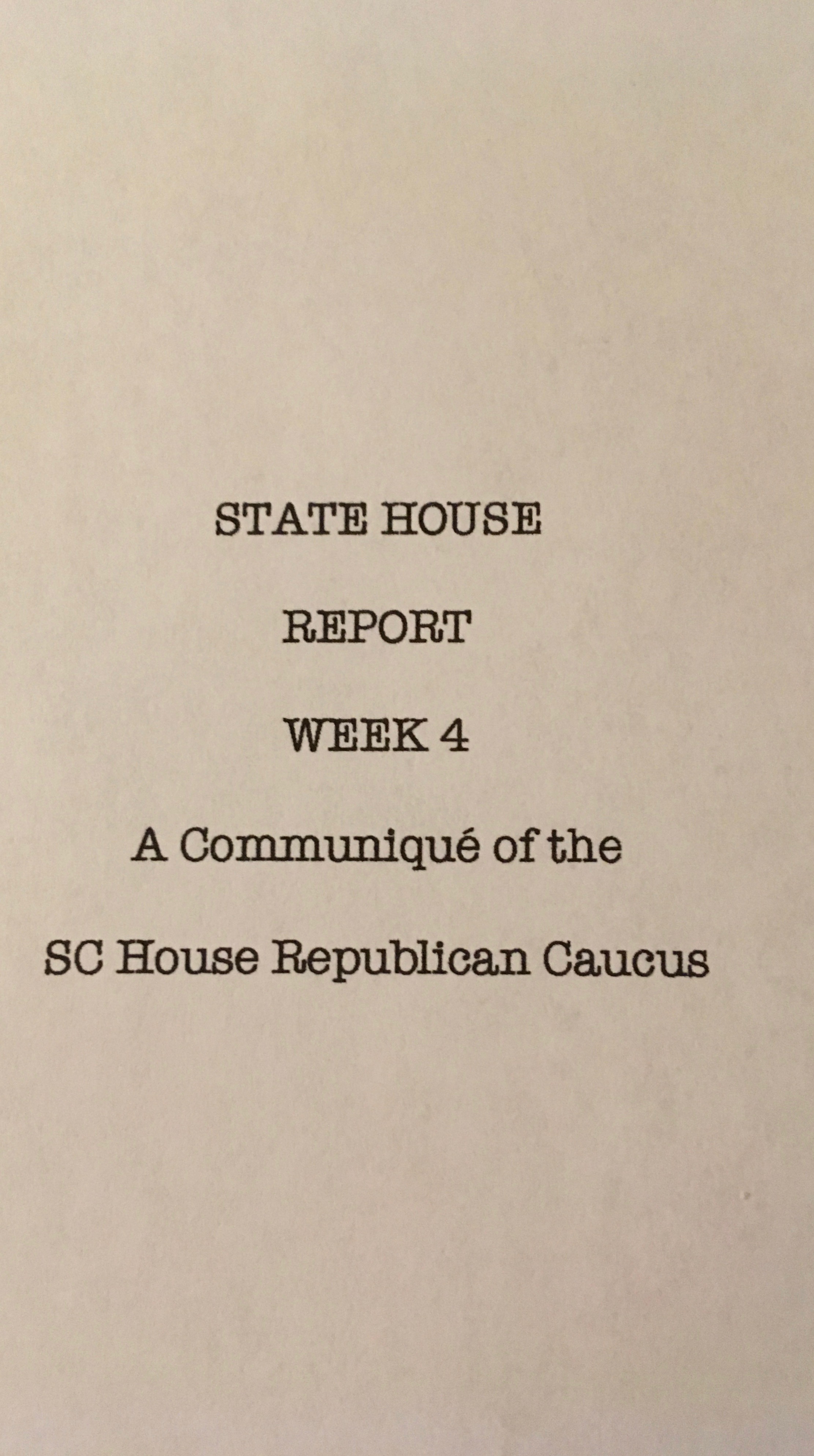 This week on the House floor, and after much debate, the House passed a repeal of the controversial Base Load Review Act (BLRA). While the repeal of the BLRA took up most of our time this week, the House budget-writing committee also began meeting to write the annual budget.

Last week, we passed the first two bills in our ratepayer protection package. Those bills reform the utility regulatory process in our state. This week’s repeal of the BLRA was the third bill in the ratepayer protection package. Currently, SCANA-owned SCE&G adds more than 18% to their customers’ power bills every month as a charge for building the now-defunct VC Summer nuclear facility. Our actions this week move that rate from over 18% to 0%, so ratepayers will no longer be forced to pay for a facility that will never produce electricity or benefit them. This amounts to $37 million each month ($444 million annually) that will stay in the pockets of ratepayers.

The bill we passed this week to repeal the BLRA also has other key components. It instructs the Public Service Commission (PSC) to keep power rates as low as possible while the SCANA merger is evaluated. The South Carolina Constitution directs the legislature to set utility rates, and the legislature delegates that authority to the PSC. The bill also ensures that no future utility project can recover costs under the law abused by SCE&G.

Finally, House budget writers began meeting this week to learn about the financial needs of our state. The South Carolina Constitution requires the state’s annual operating budget to originate in the House of Representatives. During this early period, state agencies submit requests to the lawmakers on the House Ways and Means Committee. The committee will then craft a budget for an up or down vote. We will keep you updated on this process because writing an annual budget is the most important thing we do each year and has a direct impact on every citizen in South Carolina.