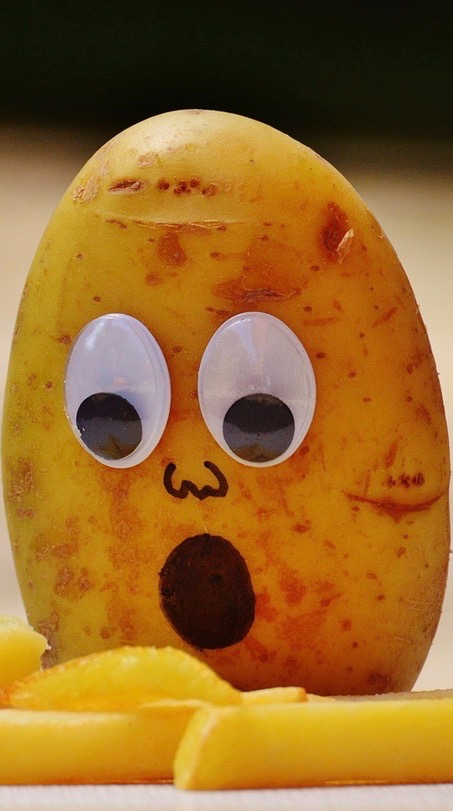 The Joint Committee on Pension Systems Review – The Potato Round

Since the following article may contain information that some may believe to be investment advice or a prediction of future stock market performance, allow me to clear up potential questions. I have an accounting degree and have worked as a pension plan administrator since 1991. I am enrolled with the IRS. My company of eleven professionals designs and administers several hundred 401(k) and hybrid cash balance plans for corporate clients. We perform discrimination testing, reconcile assets, prepare annual reports to file with the government and generally ensure that the plans are handled by the trustees according to Department of Labor and IRS regulations.

No one in my company including myself advises our clients on how to invest their plans’ retirement funds. We are accountants not investment advisors. We are not licensed to sell investment products. Nothing that I say in the following comments may be taken as investment advice.

However, over the past 25 years, we have accounted for and observed the impact of several stock market corrections. Watching the number of retirement plan participants that became unemployed during the Great Recession and were forced to spend their retirement savings just to survive was heartbreaking. To us, retirement plan balances – the amounts that employees and employers have scraped together to contribute as savings to these plans over the years – are a sacred trust. I cannot emphasize enough how seriously I take the task that the joint committee has undertaken.

In the last few days leading up to yesterday’s joint committee meeting, a coincidence occurred of sorts. I watched parts of Margin Call and The Big Short. I do this periodically to remind myself of the financial missteps that led our country to the brink of financial collapse in 2008.

I admit that relying upon Hollywood’s dramatic take on the collapse is not the most intellectually objective method of remembering but I like the emotional tension between the actors. Kevin Spacey and Jeremy Irons in Margin Call along with Steve Carell and Brad Pitt in The Big Short capture the moral outrage and the cold-blooded pragmatism of financial trading during a collapse.

One particular scene in The Big Short defines how a Collateralized Debt Obligation (CDO) is structured. CDO’s were one of the primary catalysts that brought down the 2008 financial market. Basically, they are financial products created by investment banks to dilute debt risk by combining AAA rated debt with subprime debt.

For example, a CDO may contain AAA rated bonds issued by a blue chip company and a bunch of subprime mortgages issued by a back alley mortgage broker to people who should never have qualified for a home loan. The resulting CDO was then sold off as a safe investment. As 2008 dawned and an increasing number of homeowners could not pay their mortgages, CDO’s became worthless and triggered a domino effect leading to a massive stock market sell-off.

On August 28, just two days ago, the Wall Street Journal ran a report about the rise in popularity of synthetic CDO’s for investors who want a greater market return and are willing to take a risk. Synthetic CDO’s do not contain the actual bond or mortgage. A synthetic merely contains bits of other CDO’s. To put it into gambling terms, a CDO is a bet placed on a roulette wheel. A synthetic CDO is a bet placed on the gambling skill of the person who placed the bet on the roulette wheel. Crazy, isn’t it?

What investment banks issue CDO’s now?  BNP Paribas SA, Citigroup Inc., Goldman Sachs Group Inc., J.P. Morgan Chase & Co. and Société Générale SA. Both Goldman Sachs and J.P. Morgan received government bailouts of $10 billion and $25 billion respectively from the $700 billion bailout bill passed by Congress in 2008. Now they are back at it again. The banks emphasize that these are “reformed” CDO’s purged of the nasty subprime mortgage riff-raff and replaced with who knows what.

CDO’s have existed primarily in hedge funds since the collapse but mainstream asset managers are now moving funds back into them. In Europe, the CDO market was up 14% annualized in the last quarter of 2016 and another annualized 5.6% in the first quarter of this year. As the market matures, more and more mainstream asset managers are looking for higher investment return opportunities. In reality, that means that they are looking to take on more risk in their portfolios.

During our meeting yesterday, the joint pension committee heard recommendations on future plan design for the state pension system. Let me stop for a moment to point out the difference between the past and the future when it comes to plan design.

The groups that presented yesterday gave us ideas about how to design a plan for today’s state employee workforce. They spent some of their time talking about keeping asset risk low and funding the appropriate amount of employee and employer contributions needed on a timely basis to keep the system properly funded. That’s the future.

The past is the $24 billion unfunded liability. No future plan design that is created to actually benefit our current workforce without punishing them for the mistakes of the past can eliminate that debt. Remember that the $24 billion is based on an assumed 7.25% rate of return for the pension system’s assets. Given that we are in a mature market again which can be interpreted by some as a sign of a coming market correction, achieving 7.25% as an annual average is doubtful for the near to mid-future.

Which brings us back to the present. How do we reduce the $24 billion unfunded liability in a timely manner? That, my friends, remains the hot potato being tossed about by the committee members. My fear is that the committee will try to pass the potato on and hope that the music never stops. That is what has happened in the past.

What the committee does not want is what happened in the following scene from Margin Call: As the Jeremy Irons character says who heads the troubled investment firm in the film when explaining why he makes the big bucks, “I’m here for one reason and one reason alone. I’m here to guess what the music might do a week, a month, a year from now. That’s it. Nothing more. And standing here tonight, I’m afraid that I don’t hear – a – thing. Just . . . silence.” And that is when the potato dropped.

Plan design, which is very important for the future, doesn’t cause the potato to drop. Unforeseen circumstance and the passage of time does.